Brandon Speeding Ticket Attorney are often asked about the validity and accuracy of radar in determining the speed of a car traveling along a road or interstate.  First it’s important to look at and analyze how a radar actually works in determining the speed of a vehicle.  Radar utilizes radio frequencies, just like a radar tracking airplanes at an airport, and calculates those speeds based on the “bounce back period.”  That bounce back is essentially the time it takes that radio frequency to come back to the radar source.  As you can imagine, the radar signal significantly widens as it is going away from the radar source.  For example, it’s estimated that the radar measures several hundred feet wide at one half mile from the radar source.  As you can imagine, on a busy highway this would result in that radar actually picking up several vehicles.  The sheer nature of radar leads to many of the shortcomings in it being able to accurately identify the speeds of vehicles when traveling on a crowded interstate. 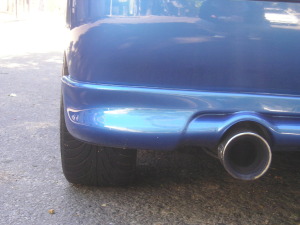 As to shortcomings of radar, the largest shortcoming obviously is it cannot “target” or identify a specific car and its speed.  It can only identify the speed of the strongest reflected signal.  Hypothetically, if all vehicles on the road looked the absolute identical same, the “strongest” signal would be the closest car submitting the closest bounce back to the radar source.  Obviously though, not all cars on the road are the exact same, thus reducing the effectiveness of the radar.  It is nearly impossible to determine whether it’s measuring speed or simply what the biggest vehicle near it is.

It is worth noting though that unlike a laser, radars are not affected by water or windows.  The majority of law enforcement though, especially the Hillsborough county Sheriff’s Office, are still using radar for the most part.  Radar is a cheaper, older technology for detecting speeding vehicles.

If you have questions concerning your speeding ticket or the use of radar in determining speeds, contact the Brandon Speeding Ticket Attorney of Hackworth Law for a free case consultation.  We will be happy to discuss the specifics of your ticket and the most effective way to challenge your ticket at traffic court.  If you’d like to contact one of our    Brandon Speeding Ticket Attorney immediately, please use the “contact us now” tab in the upper right hand corner of our website.  We appreciate your time in checking out our Tampa traffic ticket attorney blog and look forward to working with you in the future.