Who gets the retirement accounts and pensions during a divorce?

Aside from homes, the largest assets many folks have are their retirement accounts or pensions.  Obviously, retirement accounts vary from business to business including accounts that are similar to annuities, accounts based on a portion of salary paid to an employee, etc.   While pensions are also varied from State Funded Pensions for local government workers, including police officers, and Military Retirement accounts, which are generally more akin to these types of pensions. 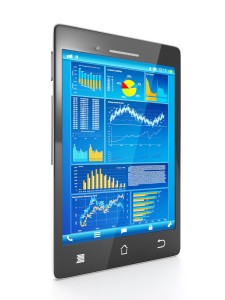 In short, retirement accounts/pensions are generally considered marital assets unless there is a reason to exclude them from being considered marital.  The most common ways to exclude retirement accounts/pensions from equitable distribution are that the account or pension was started prior to the marriage, thus excluding the premarital portion of the account.  Of course, the interest and profits accrued on the account during the marriage would be subject to equitable distribution.  This is extremely common when a party to a marriage completed their military service prior to the marriage, thus they would argue that their military retirement is non-marital since it was prior to the marriage.   The calculation of the marital portion of an account in a situation like this is often tasked to a forensic accountant, especially if there is a significant amount of money in question.

Our Tampa Divorce Attorney discusses equitable distribution and prenuptial agreements extensively elsewhere on our blog. As we have told countless folks, a well-thought out prenuptial agreement can save tens of thousands of dollars later in legal fees and alimony payments, if you have questions concerning these issues, please do not hesitate to contact our Office.  We offer free consultations in these matters.   If you would like to contact one of our Tampa Divorce Attorneys, we offer three convenient means to contact them.  First, you can use the free, secure chat box in the lower right hand corner of our website.  Secondly, you can use the “contact us now” link in the upper right hand corner of our website.  Lastly, we have folks standing by twenty-four (24) hours a day waiting for your telephone calls to connect you with one of our Tampa Divorce Attorneys to get started working on your matter.